Quantitative systems pharmacology (QSP) is an approach that uses computational models to describe dynamic interactions between a drug and pathophysiology to understand the system at the cellular and biochemical network levels. QSP modeling aims to improve understanding of the biological system and disease, facilitate early and more thorough in silico testing of drug candidates, and support rational decision making to reduce development cost and time. QSP modeling can reduce late-stage attrition rates, one of the biggest current challenges in drug development.

The area of quantitative systems pharmacology has emerged at the crossroads between traditional PK/PD and mechanistic systems biology modeling. It combines a mechanistic model of disease pathophysiology, PK/PD of a therapeutic agent, and quantitative experimental data. The resulting model can be used to run simulations to understand how drugs modify cellular networks and how they are impacted by the (patho)physiology, the significant pathways, and the impact of drug parameters and biological variance on drug efficacy and safety.

Quantitative systems pharmacology is being increasingly used in drug discovery and development from exploratory research to late‐stage clinical trials to guide research and decision making on areas such as:

Examples and How To 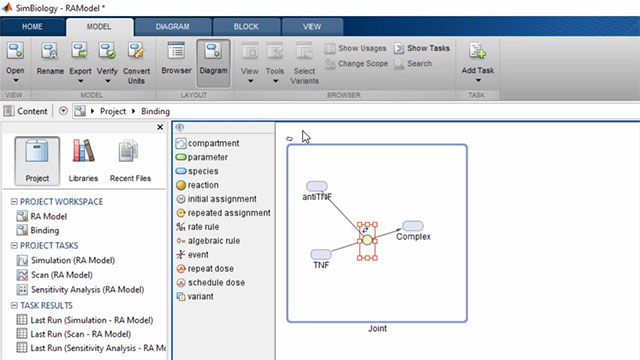 Start a discussion
Watch a video