Use Model-Based Design to model the system design and software design, and to generate flight code

“We use our system design model in Simulink for ARP4754 to establish stable, objective requirements. We save time by using the model as the basis for our software design model for DO-178—from which we generate flight code—and reusing validation tests for software verification.” 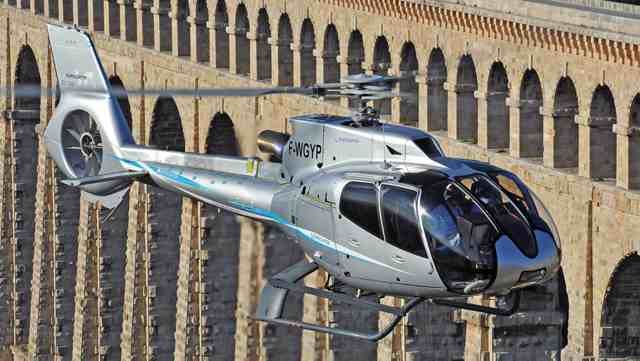 Building software for aircraft in compliance with DO-178B, DO-178C, and ARP4754 guidelines presents several challenges. After developing a formal Plan for Software Aspects of Certification (PSAC) and having it approved by the European Aviation Safety Agency (EASA), the software development organization must rigorously follow that plan and then demonstrate that it has done so before receiving certification. These challenges are often compounded by changing, or poorly communicated, system and software specifications.

Engineers at Airbus Helicopters use Model-Based Design to accelerate development and to stabilize system and software specifications. Based on textual requirements, they model the software architecture, system design, and software design in Simulink®, and then use Embedded Coder® to generate code for flight software, including an air conditioning control system (with bi-zone temperature, demisting, and defrosting) aboard Airbus Helicopters EC130 helicopters.

Before beginning development, Airbus Helicopters needed a comprehensive certification strategy, which included identifying the necessary software development and verification tools. The company would then present this plan to EASA for their review and approval.

As a mature development organization, Airbus Helicopters rarely encountered difficulties with coding or testing; rather, their problems stemmed from difficulties in stabilizing the specification. Engineers sometimes misinterpreted the requirements and implemented a system that behaved correctly but not as intended. In fact, the company estimated that up to 90% of problems discovered late in development were due to errors in the specification and design, not the source code. Airbus Helicopters wanted to stabilize and validate requirements early in the development workflow for DO-178B certified software.

They used Simulink to model the system design for ARP4754. To validate the specification, they conducted functional tests of this model and a behavioral plant model, also built in Simulink.

The team used Simulink Check to check compliance with DO-178B modeling standards. They also checked custom modeling guidelines, for example for incorporating legacy C code into the model with S-functions.

Using Embedded Coder, Airbus Helicopters engineers generated C code from the software design model. After conducting a code review using model-to-code bidirectional navigation links generated by Embedded Coder, the team compiled and tested the generated code. To help achieve the software verification (including code coverage), they again reused the test cases that they had used for validation and verification of the Simulink model.

The software was certified to DO-178B DAL C by EASA and is currently in production on EC130 helicopters.