What Is Image Segmentation?

3 things you need to know

Image segmentation is a commonly used technique in digital image processing and analysis to partition an image into multiple parts or regions, often based on the characteristics of the pixels in the image. Image segmentation could involve separating foreground from background, or clustering regions of pixels based on similarities in color or shape. For example, a common application of image segmentation in medical imaging is to detect and label pixels in an image or voxels of a 3D volume that represent a tumor in a patient’s brain or other organs.

Several algorithms and techniques for image segmentation have been developed over the years using domain-specific knowledge to effectively solve segmentation problems in that specific application area.  These applications include medical imaging, automated driving, video surveillance, and machine vision.

During medical diagnosis for cancer, pathologists stain body tissue with hematoxylin and eosin (H&E) to distinguish between tissue types. They then use an image segmentation technique called clustering to identify those tissue types in their images. Clustering is a method to separate groups of objects in a scene. The K-means clustering algorithm finds separations such that objects within each cluster are as close to each other as possible, and as far from other objects in other clusters as possible. 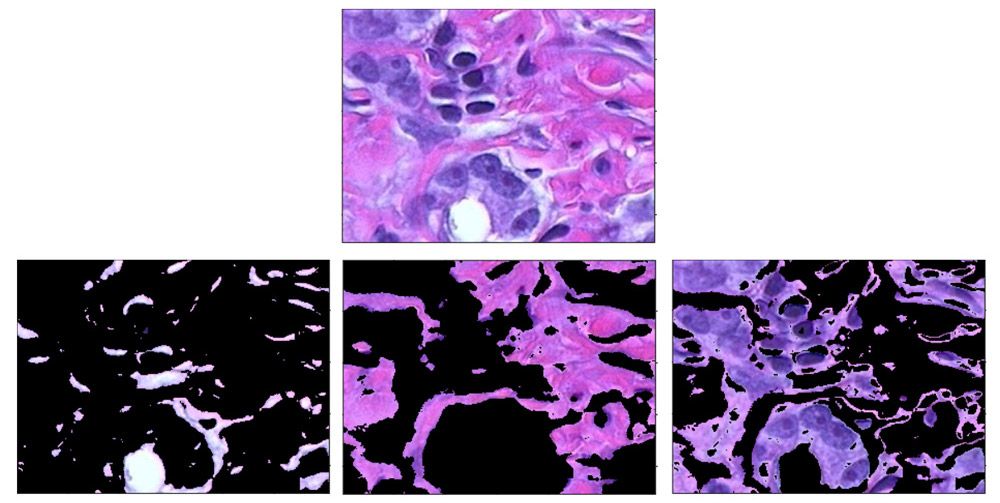 Using clustering to distinguish between tissue types (bottom) in an image of body tissue (top) stained with hematoxylin and eosin (H&E).

When designing perception for autonomous vehicles, such as self-driving cars, semantic segmentation is popularly used to help the system identify and locate vehicles and other objects on the road. 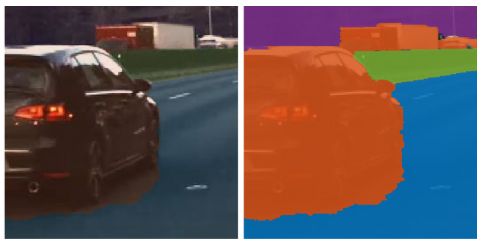 Using semantic segmentation to associate each pixel of the image with a class label (such as car, road, sky, pedestrian, or bike).

Image segmentation involves converting an image into a collection of regions of pixels that are represented by a mask or a labeled image. By dividing an image into segments, you can process only the important segments of the image instead of processing the entire image.

A common technique is to look for abrupt discontinuities in pixel values, which typically indicate edges that define a region.

Using thresholding to convert to a binary image to improve the legibility of the text in an image.

Another common approach is to detect similarities in the regions of an image. Some techniques that follow this approach are region growing, clustering, and thresholding.

Segmenting regions based on color values, shapes, or texture.

A variety of other approaches to perform image segmentation have been developed over the years using domain-specific knowledge to effectively solve segmentation problems in specific application areas.

With MATLAB®, you can:

Using the interactive Image Segmenter app, you can iteratively try several methods to segment an image before achieving the desired result. For example, you can use the app to segment and further refine the results of an MRI image of a knee with different methods. 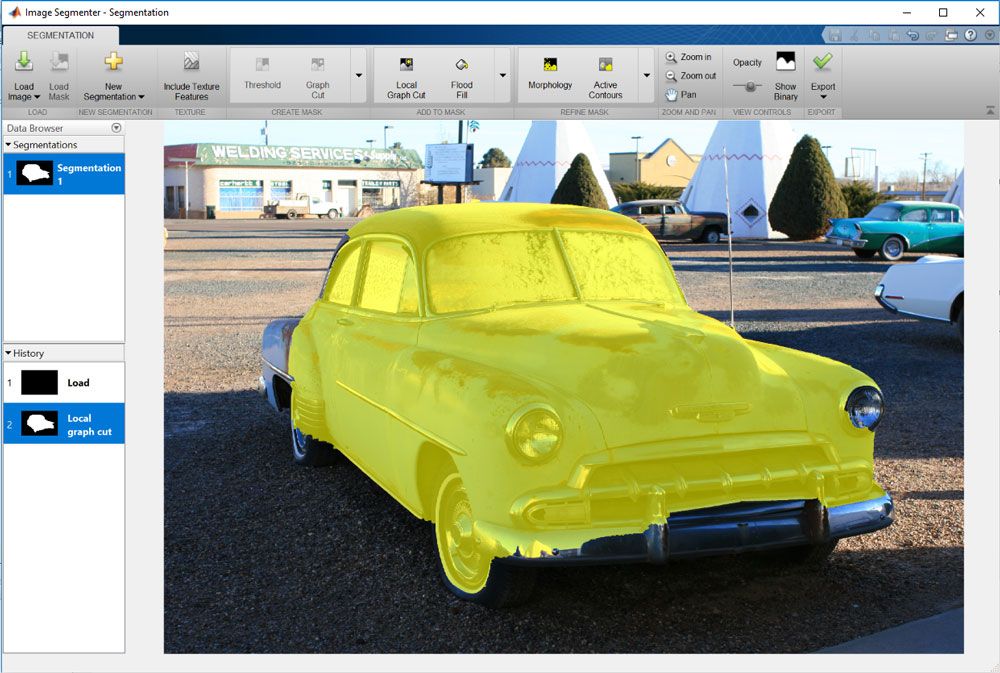 Using Color Thresholder App to apply color segmentation to separate the birds in the foreground from the background.

With functions in MATLAB and Image Processing Toolbox™, you can experiment and build expertise on the different image segmentation techniques, including thresholding, clustering, graph-based segmentation, and region growing. 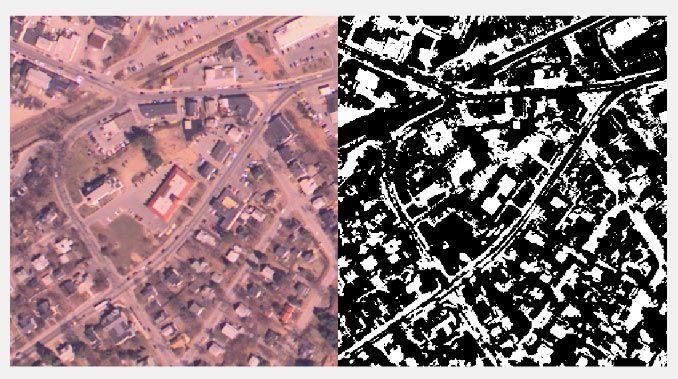 Using thresholding to convert a color image to a binary image.

Clustering technique to separate out the patterned background on the floor.

Graph-based segmentation techniques like lazy-snapping enable you to segment an image into foreground and background regions. MATLAB lets you perform this segmentation on your image either programmatically (lazysnapping) or interactively using the Image Segmenter app.

Lazy-snapping to separate the foreground and background regions.

Region growing is a simple region-based (also classified as a pixel-based) image segmentation method. A popularly used algorithm is activecontour, which examines neighboring pixels of initial seed points and determines iteratively whether the pixel neighbors should be added to the region. You can also perform this segmentation on images using the Image Segmenter app.

Using MATLAB, you can design and train semantic segmentation networks with a collection of images and their corresponding labeled images, and then use the trained network to label new images. To label the training images, you can use the Image Labeler, Video Labeler, or Ground Truth Labeler apps. 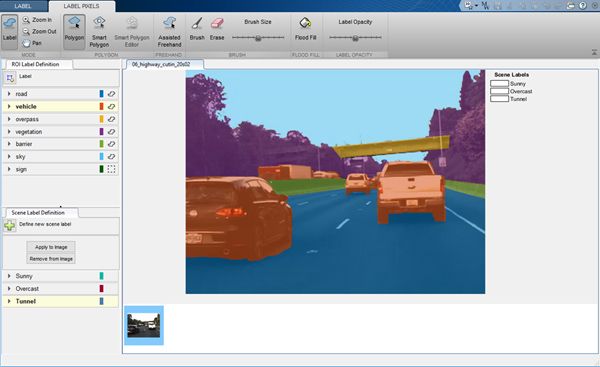 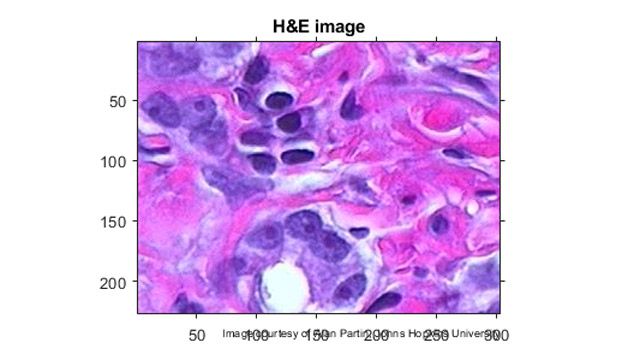 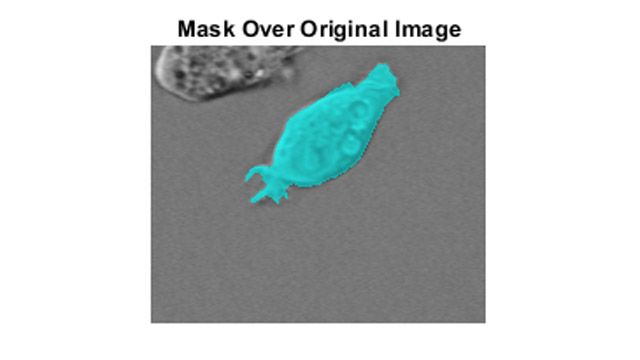 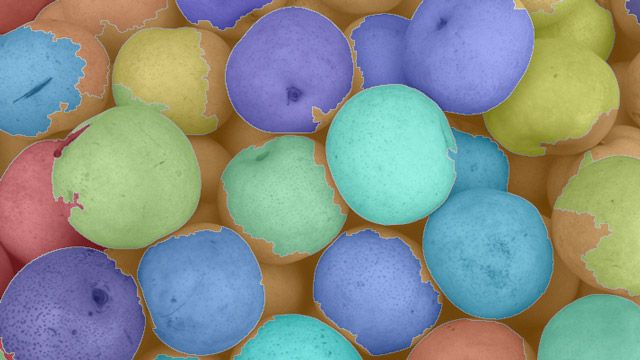 Marker-Controlled Watershed Segmentation
Use watershed segmentation to separate touching objects in an image.
Steve on Image Processing and MATLAB (Blog). 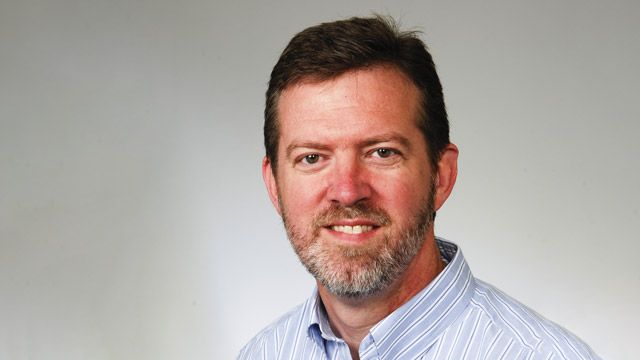