Batool Khader on 3 Mar 2021
⋮
Answered: Shiva Kalyan Diwakaruni on 10 Mar 2021
I am trying to read the queried data from a serial COM port using Instrument Query block from Instrument Control Toolbox, where the input being queried is supposed to be one character such as 'C'. I would like to use the queried data in an if-statement block such that if it's equal to a certain character, then the model connected to the output is enabled and runs. However, since the queried data is in ASCII format, I added ASCII to String block to do the conversion. Despite all that, I get a syntax error as shown in the figure below. Could the issue be in my If expression? 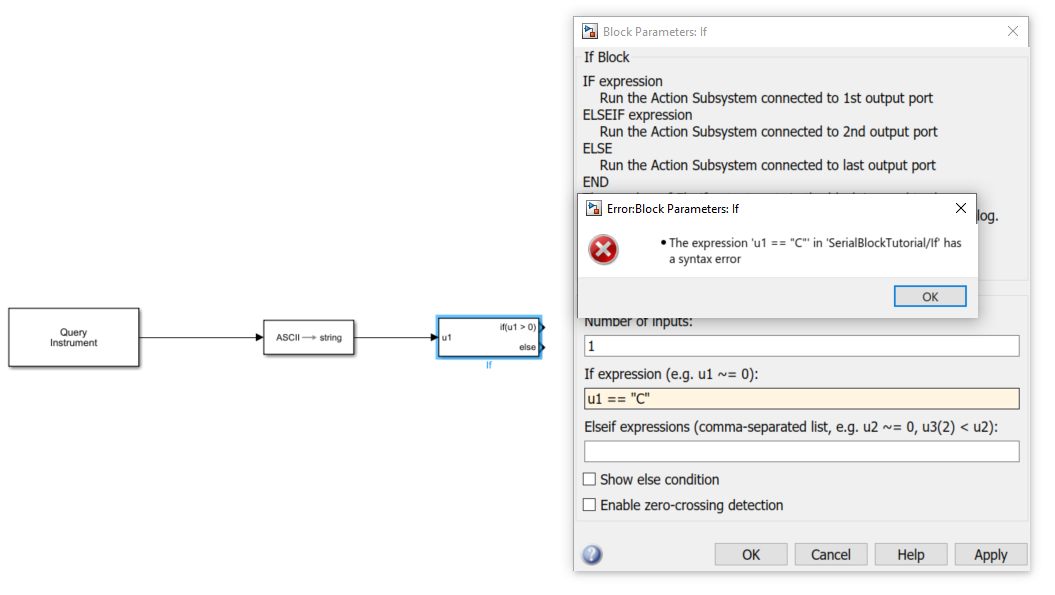 Shiva Kalyan Diwakaruni on 10 Mar 2021
⋮
Hi,
The 'If' block cannot accept a signal of type string.It supports only
Data Types: single | double | int8 | int16 | int32 | uint8 | uint16 | uint32
Instead you can use stringcompare block
https://www.mathworks.com/help/simulink/slref/stringcompare.html
or
compare to constant block
https://www.mathworks.com/help/simulink/slref/comparetoconstant.html
hope it helps,
thanks