Jayvion Rolland on 10 Dec 2020
⋮
Commented: Rik on 14 Dec 2020
I'm creating a game that invoves using a random number generator to decide which .m script to pull from a set of files. I run into two errors mainly, (Error using fileparts (line 58) Input must be a row vector of characters, or a string scalar, or a cellstr, or a string matrix.) and (Error in run (line 40) [fileDir,script,ext] = fileparts(scriptname);)
I would like the scipt to run the functions itself at random, but the errors break the while loop I was attempting to run them in. Does anyone know what I may be doing incorrectly? 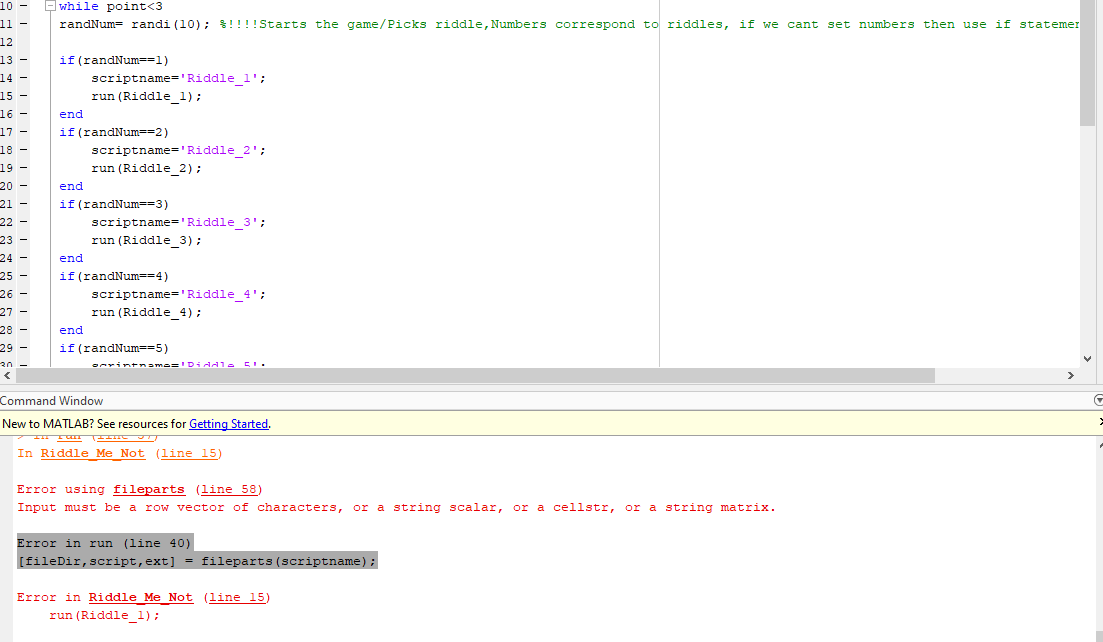 ⋮
Or:
run(scriptname)
An even better strategy would be to convert the scripts into a function that returns a struct array. That way you can use this:
this_riddle=all_riddles_struct(randi(end)); % select 1 riddle
which will not require any modification if you decide to add or remove riddles from your database function.