How do I solve an algebraic loop error in Simulink?

Sam Elliott on 10 Mar 2019
⋮
Answered: Vijaya Lakshmi Chagi on 13 Mar 2019
In brief, I am trying to create a simulink function block that selects the next waypoint in a predefined array when the model vehicle gets within a certain distance of the current waypoint.
Inputs into this function block are the current waypoint 'target' in the form of a [1 x 2] array, distance to the currently selected waypoint 'd2w' and 'accuracy' as a value at which when 'd2w' is less than 'accuracy', the function block switches to the next waypoint in the predefined array.
Output is simply the desired waypoint 'targetnew'.
function targetnew = setwaypoint(d2w,target,accuracy)
waypoints = [100 150; 200 400; 175 275; 600 300]; % pre-defined waypoints (in the future imported as a large array from an external source).
if isempty(target)
target = waypoints(1,:); % initializes the first waypoint.
end
Lia = ismember(waypoints,target,'rows'); % identifies if each row of waypoints is equal to target.
idxa = find(Lia); % indexes waypoints rows that are equal to target.
if isempty(idxa)
idx = 1; % prevents error when idxa is empty.
else
idx = idxa(1); % selects only the first matched row in case more exist.
end
if d2w > accuracy
idx = idx + 1; % if target waypoint is reached, add one to index.
end
if idx > size(waypoints, 1) % attempt to avoid any issues if simulation time is greater than time taken to reach final waypoint.
targetnew = waypoints(end, :);
else
targetnew = waypoints(idx, :);
end
end
When running the simulink model, I am presented with this error: 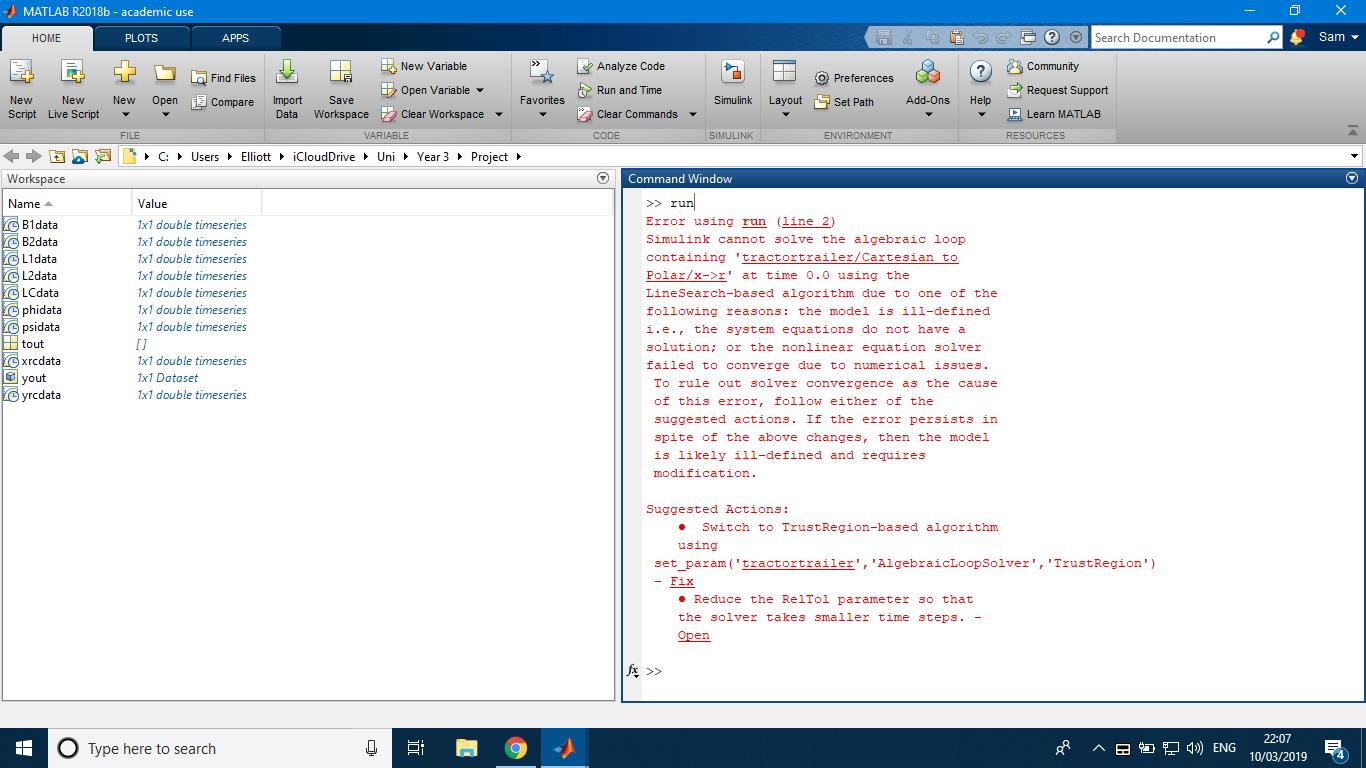 I've tried all of the actions it suggests, I've tried putting in a delay block, but nothing works.
This is part of the simulink model: 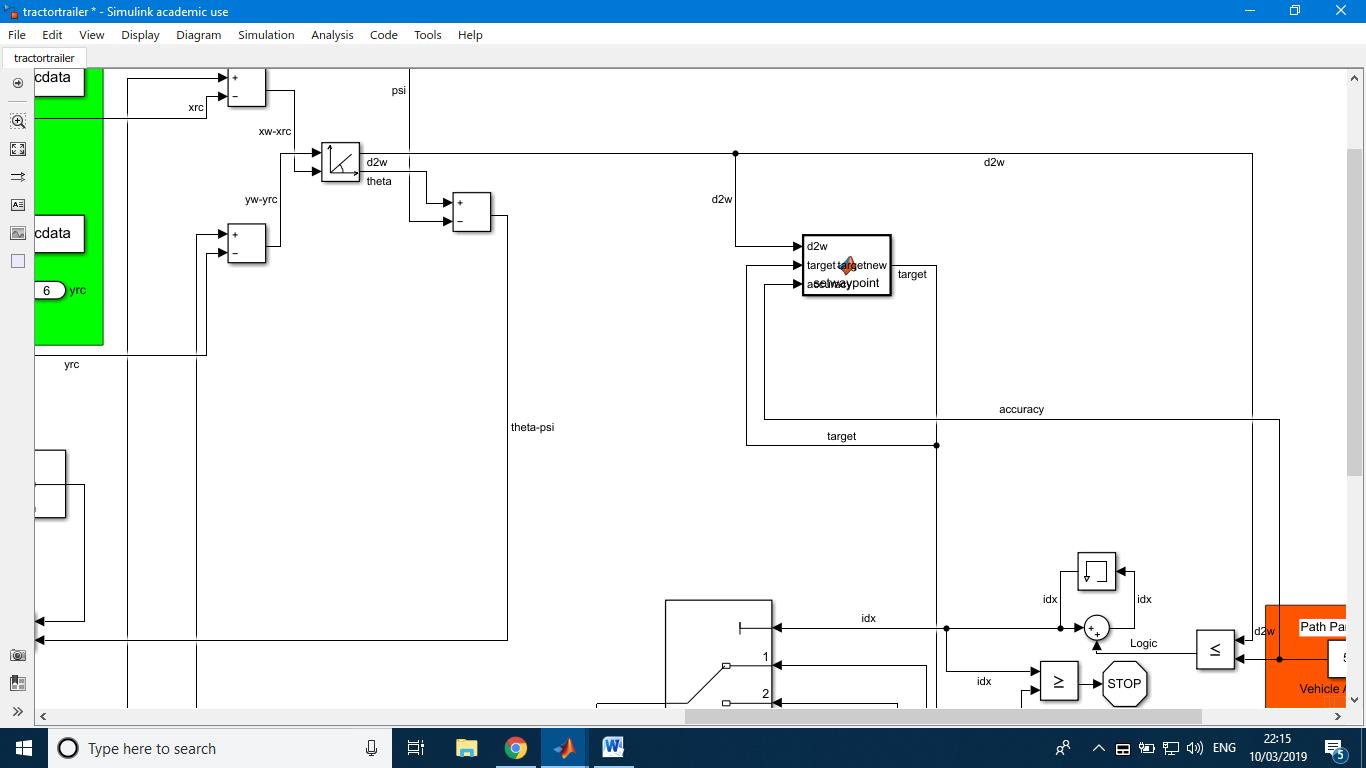 Note that I took the delay back out, but I can put it back in if needs be.
How do I stop this error?

Vijaya Lakshmi Chagi on 13 Mar 2019
⋮
One of the best way to troubleshoot algebraic loop issues in your model is to use Simulink Debugger.
The following link gives more information: https://www.mathworks.com/matlabcentral/answers/97687-how-can-i-resolve-algebraic-loops-in-my-simulink-model-in-simulink-6-5-r2006b