Beetlejuice on 21 Jul 2017
⋮
Answered: Sergio Tamayo on 23 Jan 2018
Hi, I am trying to simulate a spacecraft motion under a gravity field comprising of spherical harmonics. I wrote a simple Simulink model that implements the equation of motion:
dr/dt = v; dv/dt = g;
where r,v, and g are the radius, velocity, and gravity acceleration vectors, respectively. the gravity acceleration vector is calculated twice, once using the Simulink block "Zonal Harmonic Gravity Model", and once using the Simulink block "Spherical Harmonic Gravity Model". The produced acceleration vectors from both blocks are compared and used separately as inputs for the equations of motion.
Here we see the utilized Simulink diagram: 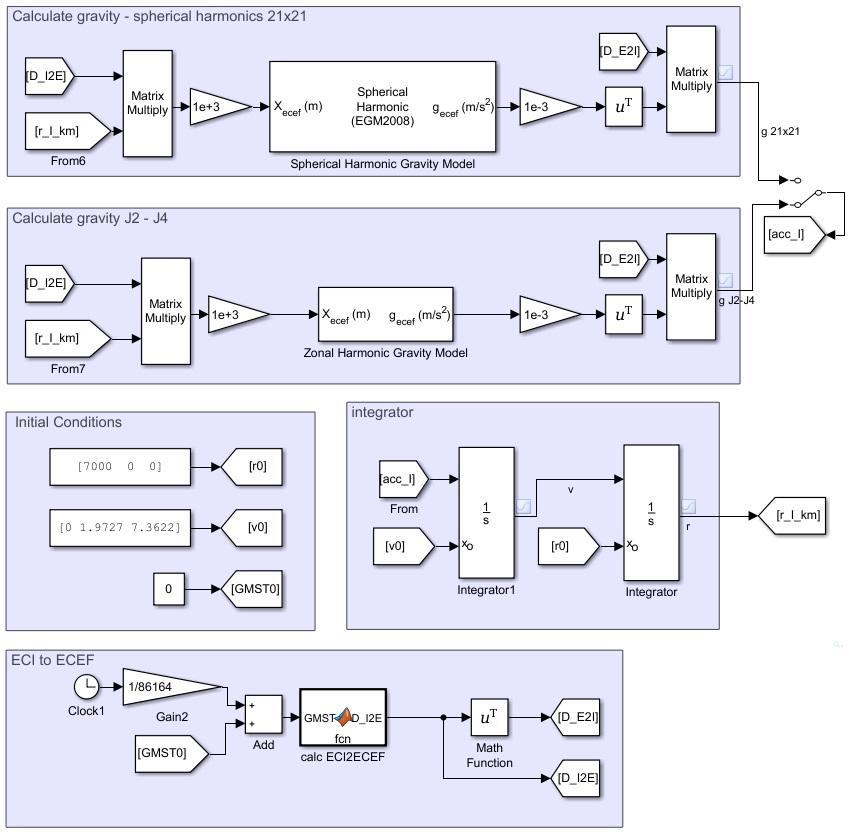 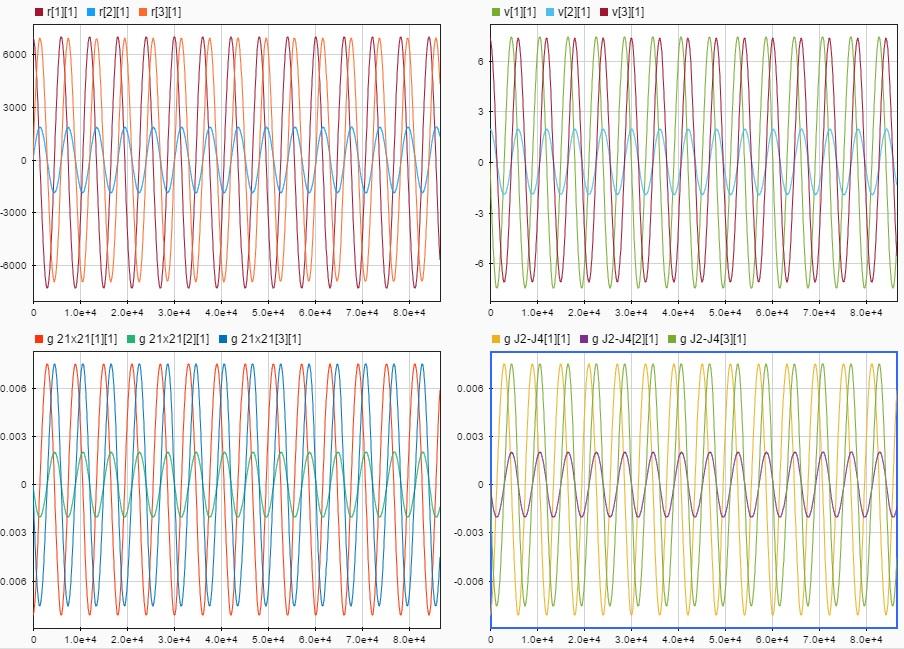 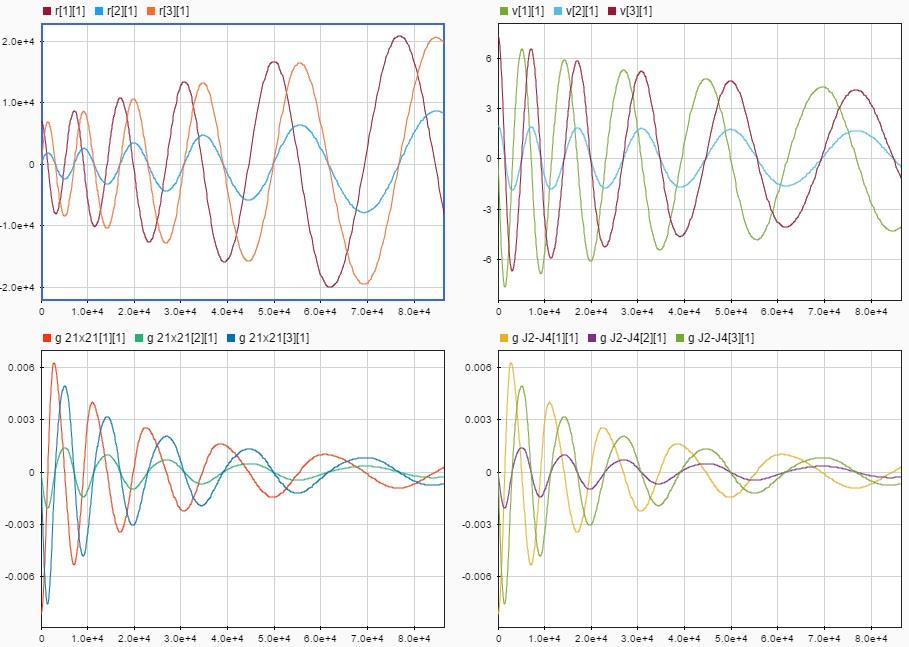 We see that both "Spherical Harmonic Gravity Model" and "Zonal Harmonic Gravity Model" produced similar results (up to small variations which are not visible in the plotted scale). Furthermore, we see that the radius diverges and consequently, the gravity magnitude decreases. The reason for this divergence is not clear to me. the radius and velocity should have been maintained in the same magnitude, as was previously demonstrated.
Does anyone have any idea why the radius diverged in the last scenario, as opposed to the previous scenario?
P.S.
I attached the Simulink file to this question.

Sergio Tamayo on 23 Jan 2018
⋮
It seems that the problem lies in the solver configuration. In essence, the step that is automatically selected by the variable step solver is too big, causing the divergence of the solution. A workaround for this is to set the maximum step size for the simulation to a fixed value like 1. A different approach, is to set the solver to a fixed step solver and set the step size to similar values. Once this is done, the position for the spherical harmonic does not diverge anymore.