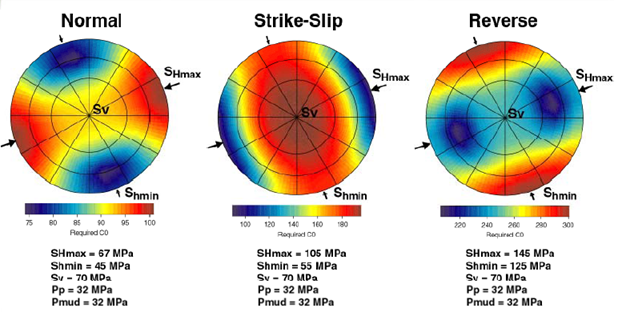 How can I plot a circle like this in matlab, please give me an example. Thanks in advance. 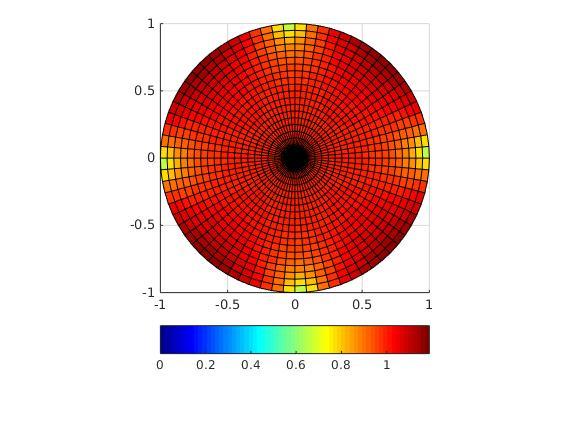 Note that axis(2) gives an overhead view, so it looks like a flat circle, and axis equal ensures it looks like a circle and not a distorted ellipse.
Please accept this answer if it helps, or let me know what's wrong in the comments.

⋮
Thank you so much, but the problem here is Plot is in polar co-ordinate. You can imagine like this, every point in the circle has a value which is defined by a function f(radius, angle) (this function f is implicit), so that you only know the value of f but not the expression of f. Now we have value of each point in the cirle and its coordinate (radius and angle), how can I solve then. Thank you. 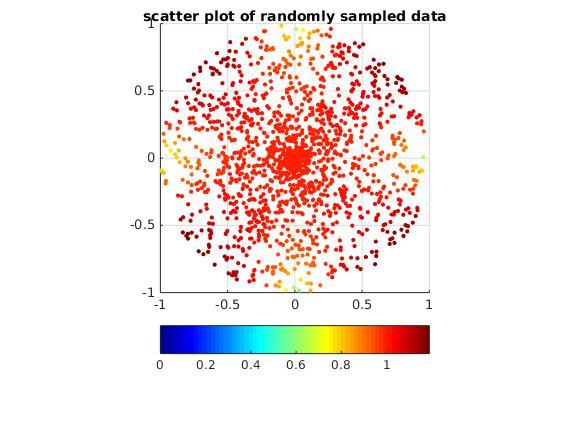 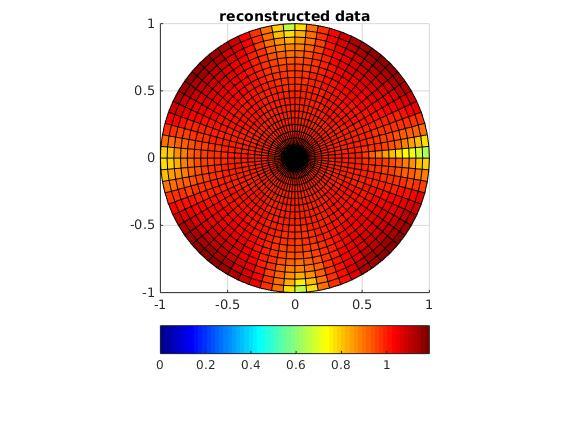 Note that, in the scattered plot, there was a sparsely sampled region in the 3-o'clock position, and in the reconstructed plot, there's a bit of a yellow artifact in the same place, when compared to the original plot shown in the answer above.
Does this help? 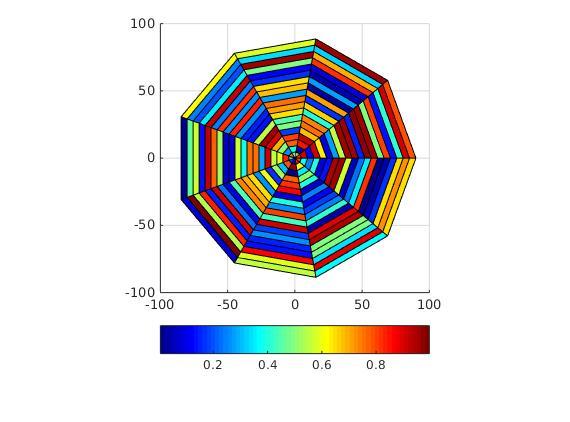 Is there something unclear about how to modify the code from the original answer?

⋮
Unfortunately, surf() is not compatible with the new-ish polaraxes (R2016a and later).
You could use the older polar() to create the basic background graphic, and then "hold on", and then plot on top of it.

Walter Roberson on 18 Mar 2017
⋮
The File Exchange contribution https://www.mathworks.com/matlabcentral/fileexchange/17933-polar-to-from-rectangular-transform-of-images transforms rectangular images to and from polar to achieve the effect this Question is about.

⋮
Thank u, I solve the problem