Akshay Chakrapani on 20 Sep 2022
⋮
Commented: Akshay Chakrapani on 24 Sep 2022
Hello,
I'm very new to MATLAB and I somehow learnt how to do modelling from the onramp course offered by the official course. The equations are accoring to the thermal modelling or some mass balancing from my thesis reference that I learnt but that i not an issue. This is a bit crutial for me because I'm at the end stage of my thesis work and I need to finish my course as soon as possible. I'm stuck with this situation that I cannot solve this. Please I'm in need of help

How the function is shown in Matlab function 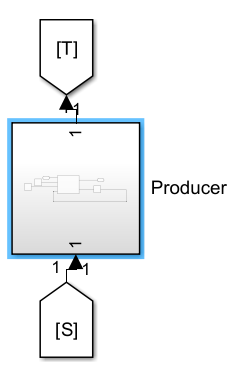 This is the main system which is of a producer, and I'm dealing with temperature and flow control input

⋮
The variable truly is undefined at that point. We could guess that maybe u_p should be used in the code instead of u but since there is no documentation and the single comment does not describe any of the variables, it is only a guess.

⋮
Yes, i corrected that error !!! thank you soo much

Steven Lord on 20 Sep 2022
⋮
When MATLAB runs line 7 of your code, it tries to access the second element of the variable u (or to call a function named u with one input, the number 2.)
Assuming you actually intended to index into a variable named u, where on any of the previous lines (lines 1 through 6) did you define the variable u?
I agree with Walter that you likely meant to index into u_p on lines 7 and 8 instead of u.

⋮
Yess :) thank you both
i got a new kind of error now but let me see what i can do