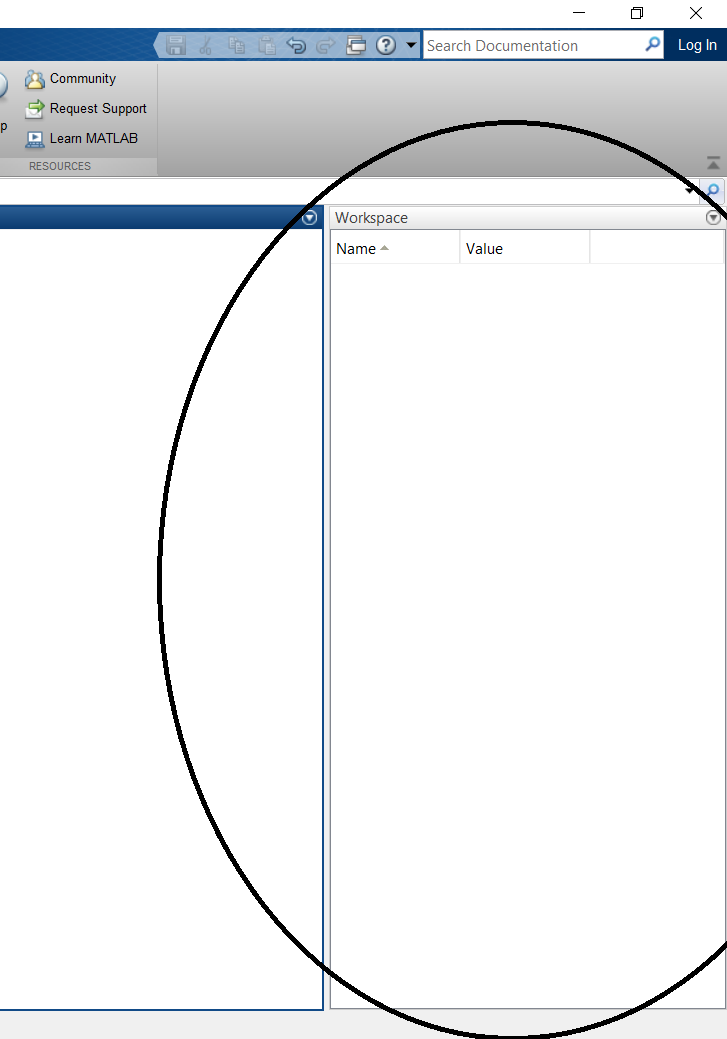 Walter Roberson on 8 Feb 2020
⋮
In context it probably is the base workspace. Any variable can be stored there. Any time you are not executing inside any function then any assignment goes into the base workspace by default, and you can use assignin('base') to deliberately assign into it.

⋮
when you say in context, did you mean in matlab documentation?
and when I assign variables in function script, it goes to that workspace in the picture above (which is the base workspace as you said)
that's complicated !!!

⋮
when you say in context, did you mean in matlab documentation?
No, I mean that I look at your image and I do not see anything entered into the left side window (the command window) so it appears that you are not in the middle of a function execution.
If you were in the middle of a function execution then the Workspace window could still show up empty like that, in the case where the function had no parameters and you had not assigned anything to any variables yet, but in that situation it would be more likely that I would be able to see a hint of what you were doing in the left side window.
But as far as what you showed to us is concerned, it is possible that there is something just out of view to the left, so it is possible that you are not looking at the base workspace and are instead looking at the workspae of a function.
and when I assign variables in function script, it goes to that workspace in the picture above
not if you called the script inside a function. Not even if the first script called a second script. No matter how many levels of scripts you have that call each other, any assignment made from a script called from a function goes into the workspace of the function, rather than into the base workspace. Variables only get assigned by default into the base workspace in the case there is no function running.

⋮
You might find the explanation on this documentation page useful to understand the difference between the base workspace and function workspaces.

⋮
@Steven Lord
thank you, that's help me very much