How can I graph an average and individual participant data? 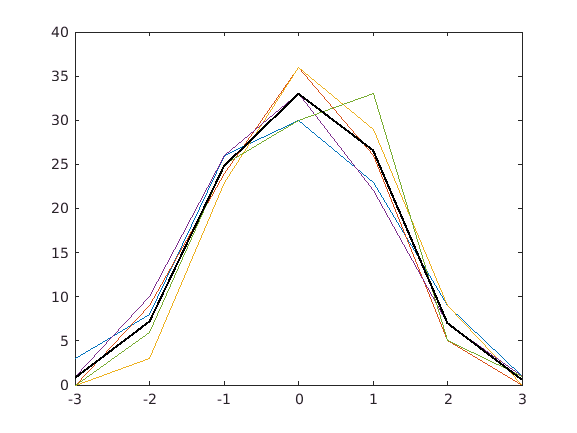 To summarize: you're getting into trouble because you have a big long row vector and MATLAB doesn't know where one series ends and the next starts. You could probably use reshape to turn that vector into a matrix, but the better approach is to just store it as a matrix in the first place. Initialize the matrix before the loop and then store each row in the matrix rather than 'appending'.
Some other tips on looking at your code: